Making decisions about your children’s schooling is never cut and dry, but in this year of the pandemic parents are scrambling with so many options, their heads are swimming. Warnings rather than encouragements swarm in from the CDC as well as from many other authorities. https://www.cdc.gov/coronavirus/2019-ncov/community/schools-childcare/prepare-safe-return.html

Although my days of choosing schools for my children are over, I can easily relate to what parents are experiencing this year.

While completely buying into the proposition that you cannot expect to “complete” your spouse, Jay and I made a point over the years to do as many things together as possible. https://julewardwrites.com/radicalpromises-2/old-questions-new-answers This was as true of little things like running errands together on Saturday mornings as it was of really important concerns like choosing our children’s schools together.  Just because we did these things together didn’t necessarily mean we did them well.  Sometimes we really messed up, but at least we didn’t end up pointing fingers at one another.

for better, for worse, we’re in this together

daughters and our son, it is amazing that they became as well educated as they were by the time, they reached their twenties. Granted our choices were often limited by circumstances beyond our control, but we added to that our own tendency to indecisiveness. The truth is we had no real educational plan for our children.

Jay and I were both products of the Catholic school system. We had been enrolled in parish schools by our parents who believed that there was no alternative. Sending children to the public schools was pretty much forbidden to faithful, practicing Catholics. https://www.nytimes.com/2000/08/06/education/the-changing-face-of-catholic-education.html  He and I had both also attended Catholic colleges. Thus, the closest we came to having any kind of plan was an assumption that when we had children old enough for school, they would attend the local parish school. In the meantime, life, as they say, was making other plans.

we plan together – then life happens

Our first child, Kristy, first began having epileptic seizures when she was nine

months old. While these did not at first seem to affect her development, by the time she was old enough for kindergarten, she was clearly experiencing learning difficulties. Also, our parish school, St. Clement’s did not have a kindergarten, and we needed to enroll her at the nearby public elementary school. After she had been in kindergarten only a few weeks, the principal called us in to say that Kristy wasn’t “mature” enough for kindergarten and we should try again the next year. Kristy’s expulsion from Lincoln Elementary initiated a series of school placements, none of which worked for her.

Over the next five years, she attended a Waldorf Kindergarten https://www.waldorfeducation.org/waldorf-education and special

education classrooms at three different public schools, one of which was in Indiana when we were living there for nine months. Finally, with the help of friends of Jay’s mother we found a Catholic school for girls with learning disabilities, St. Mary’s of Providence. It was a perfect school for Kristy, but it was an hour from our home. Fortunately, school bus transport to St. Mary’s was available, but this limited our choices for our next daughter Carrie. Since being at home to wait for the school bus was not something we could do together as Jay had to catch the train to work, the task fell to me.

Waiting for the bus locked me out of walking Carrie to school. To circumvent this barrier, we chose St. James Lutheran School, located just three short blocks from our home. Carrie could walk there with several of the neighboring children. It seemed the better option than St. Clement School, which was several blocks away and required crossing three very busy city streets. We pushed aside our concerns about religious differences because the logistics worked so well. Carrie loved St. James.  The caliber of her education was

excellent. The solution held until it didn’t because we moved to Indiana for nine months in Indiana. Carrie attended first grade there. It was a good program with a superb teacher, but she had to go to school with strangers – and take a school bus to get there.

Jay and I had made the decision – to move to Indiana together, but there were so many disasters that year, only the fact that we had jointly agree kept the 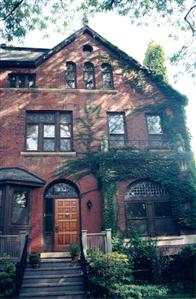 chaos from taking over. By spring we were back in Chicago. Kristy was back at St. Mary’s. Carrie was thrilled to join the first grade for the rest of the year at St. James.  The following fall, she and her younger sister Betsy both went to St. James.  Betsy now got the benefit of one of the best kindergarten teachers in the whole city, Inge Teske, and Carrie sailed happily in second grade. Our son Johnny was still too young for us to be worrying about school for him – or so we thought.  It was more ad hoc thinking on our part – the go-with-the-flow rhythm of our life that tended to paint us into corners.

a faith crisis faced together

For one year the pattern held, and then the stitches started to unravel yet again. While St. Mary’s continued, at that point, to be a good place for Kristy, John and I had begun to have our doubts about keeping Carrie and Betsy at St. James.  We had been approached by church members about joining the congregation, something as active Catholics we couldn’t consider doing. Then the girls started coming home with questions that demonstrated that, young as they were, they were confused by the differences between what they learned in religious education classes on Sunday mornings at St. Clement or what they heard in their classrooms. Because they were only seven and nine years old, we didn’t feel they should have to deal with those issues. https://qz.com/1301084/should-you-raise-your-kids-religious-heres-what-the-science-says/

Then we heard that the city was opening a magnet school for the arts at a grade school that was on Jay’s way to the office.  After visiting the impressive new school and interviewing both the principal and the teachers, we became excited about the program. Betsy was already a budding actress and Carrie loved all the arts. In September, both girls enrolled at Franklin School for the Arts.  But by mid-October, it became clear that although the art program was stellar, the academic program was very substandard to the learning environment at St. James.  Neither of our daughters was learning anything new.  We worried that they’d begin to fall behind. We revisited St. Clement Elementary. Maybe it’s where we should have simply started in the first place, but we didn’t. Now it appeared to be the best option for the girls.  We pulled them out of Franklin and enrolled them at St. Clement.https://www.waldenu.edu/programs/education/resource/what-is-a-magnet-school-and-does-it-offer-a-better-education

When I look back, it is with amazement that neither of them protested the changes that year, but simply accepted our explanations and took the transfers on the chin without complaint. Both Carrie and Betsy remained at St. Clement through eighth grade. They thrived there. Carrie went on to an International Baccalaureate Program in high school.  Sounds like a happy ending, right?  Well, actually that didn’t work out for her.

when the going gets tough, the tough stay together

In the meantime, Johnny’s entry into pre-school went very badly. Johnny, like

Kristy, had a serious seizure disorder. But unlike Kristy, Johnny developed serious behavior problems that made adjusting to the classroom situation very difficult for him at first.  When pre-school didn’t work out, he and I together enrolled in a special education program that ran five mornings a week. It was run under the auspices of Children’s Hospital and required a parent’s attendance with their child. Johnny made great strides in the program, but it wasn’t easy for him or for me. It did heighten our already intense bond.

By the time he was five, he was able to attend a special education kindergarten, but following that year, it took three schools before we could find a program that combined behavioral management and learning skills in the right combination for our son. The school was in Skokie, a northern suburb, quite a distance from our Lincoln Park home, but Johnny loved the bus ride. He remained there until he “graduated” at age 18.  That’s the age that funding for special education ceased.

being together in hard times makes good times better

We did it together, Jay and I. Somehow the family held. The marriage held.  And our children learned what they were capable of learning.  What did we learn from all those mistakes?  What love lessons? Don’t beat yourself up too much for what you do wrong because what you do right and you will do so very much wonderfully, will far outweigh your errors.

“Sometimes our light goes out, but is blown again into instant flame by an encounter with another human being.” – Albert Schweitzer

What big mistakes have you made and still come out intact on the other side? 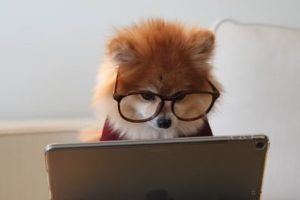