Do you run into the same debate every year that I do?

On one side there are the “naysayers,” those folks who contend that New Year’s Eve is a whole lot of hooey (or some other even more disgusting load). Some deplore the debauchery, wage war on “excessive” food and alcohol, fear an increase in accidental fatalities of many kinds, and remind everyone else that the “new” year will be no different than the “old.” – happy and sad in all the same ways. To demonstrate their rejection of the noise, nonsense and “people in funny hats” they’re in bed by nine p.m.

Others argue that it is a holy season, best celebrated with sacred ritual, contemplation, reflection, and repentance. The stroke of midnight finds them on their knees – praying.

Tipping the other end of the seesaw are the “yay-sayers.” Even the most diehard naysayers know what they do – They have FUN! Or, at least, they attempt to do so.  Whether they succeed or not is an open question.

In the early years of our marriage, before we became parents, Jay and I “threw” a New Year’s Eve party every year in our tiny apartment.  I say threw deliberately because all those occasions were tossed together extemporaneously. At some moment after we’d survived Christmas with our families, it would hit us that NYE was just around the corner. We’d blissfully ponder the swank affairs available throughout the “toddlin’ town,” immediately realize we couldn’t afford even a glass of champagne at one of those venues, and without taking another breath announce to one another, “Let’s have a party.”

Parties, you might note, also cost money.  But, no, Jay and I are not only ultimate yay-sayers, but we also eternal optimists. We weren’t about to let our $5/week grocery budget stand in our way.  We had a commodity more valuable than mere currency.  We had friends!

Time to dial some numbers. (And yes, in those days we still had a dial-up telephone.) “Hey,” we’d announce, “we’re having a party for New Year’s Eve.  Yep, that’s right – this coming Thursday. Can you come?  You can? Cool! What can you bring?”

Not that we were completely freeloading hosts. A trip to Woolworth’s (I still find life without a local “five ‘n dime” more challenging than it needs to be.) and a couple of bucks laid down meant I headed home with a bag, filled to the brim for conical hats, streamers, crepe paper, and horns.  Our guests provided the booze and the food.  We provide the place and the fun!

Well, in all honesty, I cannot take credit for all the fun.  Some of that goes to our brother-in-law Bob.  At that time, Bob was a carney.  He actually traveled all over the Eastern United States with a carnival. He managed several amusement rides at county fairs and church festivals in the days when you didn’t have to travel to Orlando to be scared witless.

Bob’s sweep through the backroads of the Southern states put him in regular touch with the folks that brewed “hooch,” home-made alcohol of uncertain proof. Compared to liquor store prices, those spirits were dirt cheap – they were a fraction of the cost of the branded products.  Why? Well, their producers didn’t pay taxes. So, whenever our brother-in-law returned home at the end of the carnival season, he came bearing “gifts” That throat-searing, gut-wrenching liquor was his contribution to our New Year’s Eve blasts.

In fact, it contributed most of the “blast” to the affair. Neither Jay and I nor our friends were used to drinking much alcohol.  When we did, we shared a beer at a picnic or while watching a football game. Those years preceded the country’s love affair with wine. (Our contemporary growing consumption of wine didn’t kick off until the 1990s.)

Thus, even shot-glass size helpings of the “hootch” that we consumed at those parties transformed us into bon vivants for the night.  We found life weirder and more ridiculous with every hour.  The music we chose for the stereo became louder and more raucous as the conversation turned to laughter and giggling, and some couples drifted into a corner, losing all regard for decorum.  We did always manage to keep an eye on the clock and tune in the radio to the broadcast from State and Randolph for the midnight countdown. 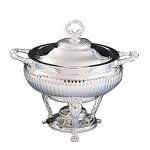 In fact, the only “disaster” that ever occurred was when the “mayor’s casserole” exploded. Mayor Richard J. Daley’s wedding gift to Jay and I had been a silver chafing dish that held a glass casserole dish and sat on a silver stand over a Sterno burner.  Because we valued it highly, we only brought it out for the NYE party.  That proved to be bad timing.  As 1967 slid into 1968, a loud explosion rocked our dining area. Suddenly the middle of the table was engulfed in fire, a fire that surrounded the “mayor’s casserole.”

A  brave unknown threw a pan of chilled shrimp onto the fire.  Jay raced to the kitchen to get water.  Guests poured out the front door.  Someone else threw a heavy winter coat over the now diminished flames.  We had extinguished the fire.  (Thanks, perhaps, to those who spend midnight in prayer).

But the beautifully ornate silver casserole had disappeared.  In its place remained a blackened, scarred, ugly piece of metal. When it cooled, someone threw it into the trash can behind our apartment.  The pretty silver lid had been in the kitchen. For years I hung onto it – a useless reminder of our days of glorious foolishness. 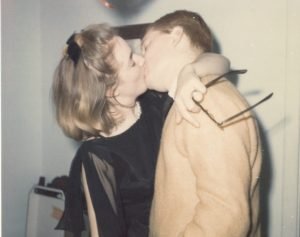 I’d love for you to share right here on these pages, your best, worst or funniest New Year’s Eve memory.