“Frankie’s Catches Fire,” the headline read last January. Oh, no, I thought, not another one.

As the years fly by, many places that we cherished for the memories they evoked have, one by one, bit the dust. Jay remains the “love of my life.” Yet, it’s still hard to see empty space or alien edifices taking over where there once a cherished memory dwelt.

The little chapel where we vowed “for better or worse” transitioned into a school auditorium when St. Mary of the Woods Parish built a grander church, filled with spectacular stained glass and acres of marble, but no echoes of our hopeful promises. 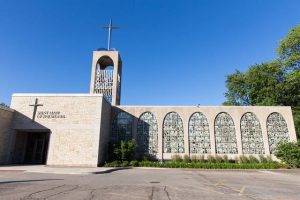 On one of our many sojourns to northern Michigan, we discovered that the fine old Victorian Inn in which we had honeymooned had vanished. The past winter, hot flames fed by frigid winds had consumed its antique wooden frame, leaving behind only ashes and no incentive to rebuild in a style no longer considered practical.  We wandered the field at the edge of the harbor, but it was impossible to make out even a vague outline of the once elegant rooms.

A few years later as we rode along Touhy Avenue on Chicago’s northside on our way to the airport, we witnessed the swinging arc of a wrecker’s ball crashing into the truly ugly, but to us beloved, walls of “The Purple Motel.”  Ah, the wages of sin are death.  But our uppermost sentiment was not residual guilt but deep frustration that we couldn’t find a way through the cyclone fencing surrounding the deconstruction site.  We would not have even one grossly lavender brick to serve as a souvenir.

The motel joined the list, along with so many of the lovely Art Deco buildings along “Boule Mich” as we had loving called Michigan Avenue when we were young and first in love.  Back in those days, rather than the bustling upscale shopping area one finds today, fine old shops, bastions of the early twentieth century were going out of business.  There were almost as many empty storefronts as going concerns.  And Jay and I loved it that way. Strolling from the curve of Lake Shore Drive south to the Chicago River and back provided us with unhurried free entertainment. Once the John Hancock Tower went up and the avenue regained its popularity, we felt like strange tribes had invaded our private preserve of romance.

Now another announcement of loss!  But, no , as it turned out restaurant workers had managed to contain the fire and the South Bend landmark was saved.

In the mid-1960s, Frankie’s had been a crowded, yet surprisingly quiet, hang-out, a perfect place to listen to jazz and have long heart-to-heart discussions. Many an evening Jay and I spent all evening Frankie’s without noticing that there was another soul in the place.  We drank endless refills of root beer for me and the real stuff for him.  We solved the problems

of the world and the difficulties of the university system. We embraced our hopes for our nation and for ourselves. We discussed music and movies, philosophy and religion, politics and sports, families and friendships.

We never actually spoke of love, but it was the subtext of every conversation. The more we learned about each other, the more we wanted to know.  The more we knew, the less we could imagine living without this person. So, it shouldn’t have come as a surprise to me when on Dec. 5, 1963, Jay slide a small leather box across the table.  But it did.  It took my breath away. Intuiting a reality and staring it in the face are two entirely different experiences. I opened the box.  Inside lay a small class ring. It was an exact replica of Jay’s Notre Dame ring.

Notre Dame did not allow fraternities on campus.  The tradition of 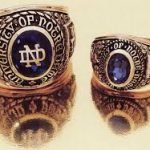 “pinning” could, therefore, not take hold in that culture.  Instead, a form of pre-engagement, unique to that university, was “miniaturing.”  This meant that a young man committed himself to a permanent relationship with a young woman by offering her a miniature of his own class ring. (My post-feminist awareness cringes at the term, but this is now, not then.)

The ring fit perfectly.  That, as it turned out, was pure good fortune.  Jay had not realized that the rings had to be ordered ahead of time.  When he decided to ask me to commit to him, he casually went to the college bookstore to buy one of the rings and heard the bad news that it took six weeks to acquire one. But, lo and behold, a miniature containing a stone that matched Jay’s had come back into the store that morning.  The young women for whom it had been intended said, “No.” Jay blithely went off with the ring to offer it to a girl he felt pretty sure would say “Yes.”  And she did.

But, over the years, I’ve often wondered about that other girl.  Did she ever regret it?  Did they change their minds? Is she still living with her true love?

Love’s lessons I’ve learned can be harsh, but sometimes what begins as loss can turn into a win.

“I find myself becoming increasingly nostalgic for the past, but after all I suppose that is the only thing one can be nostalgic about.”
― James Rozoff

Have you had a favorite place disappear on you?  Tell us about it. 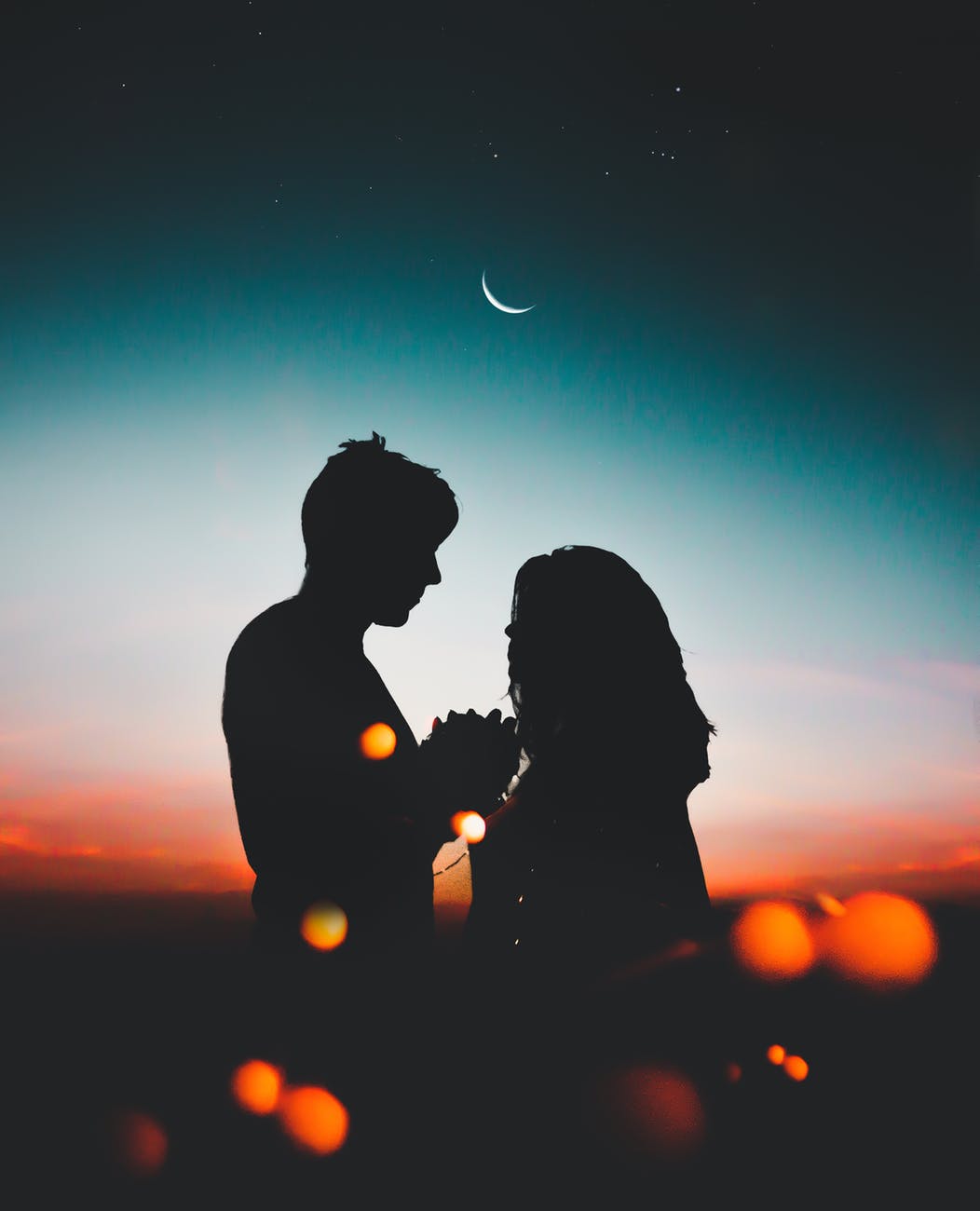