On the February day I turned fifteen years and six months, “Let’s get Jule driving,” became a rallying cry of my family.

My mother and all my siblings had a stake in the endeavor. Mom wanted to delegate some of the responsibility for errand running. She also planned that I would help to ferry the other kids to and from their many activities. My brother John, just twenty months my junior, knew if I had a little more freedom to come and go from our far-flung ex-urban ranch house than he could hitch a ride on those forays.

My grade-school age brother and sister plotted visits to our small- town cinema for the Saturday cowboy matinees. They went so far as to hope to swing through the drive-in for a milkshake after the movie. If Mom didn’t have to drive us herself, she might be less reluctant to watch our allowance go for such frivolities. My toddler sister caught the enthusiasm from the rest of us.  She knew from experience that Mom expected me to take her with me wherever I went.

The only one not wholeheartedly cheering on the project was my dad.  And with good reason. Between the fifteen and a half-year old who didn’t know the first thing about piloting an automobile and a sixteen year old, who could pass her driver’s test, was a gigantic void. It would be his job to fill that void, if not with expertise, then with enough skills that I could get around without killing myself or anyone else. He didn’t relish the opportunity.

Dad himself was a self-taught driver. Neither his parents nor my mother’s drove. Dad had lived on a farm as a teen during the Great Depression.  He learned to drive, starting with farm vehicles before moving on to cars. At first, he had mostly driven around the farm or just as far as a neighbor’s place. By the time his family moved to Detroit, he had several years of driving under his belt and didn’t find the city quite as daunting as it might have been.  That is, until he had to teach his new wife to drive.  Memories of those harrowing weeks haunted him as he contemplated teaching his eldest daughter the rudiments of the road.

On the plus side, he had moved his family to a small Indiana city two years before. I would not have to learn to drive in Detroit.  He had also built a home for us at the far edges of that city, Muncie. So, there were relatively quiet roads for me to practice driving.

That didn’t make it a piece of cake.  For one thing, my mom refused to let him to use the family station wagon as my learning vehicle. A beautiful scarlet model with wooden paneling and tons of chrome, it was only slightly less fragile than a china tea set. Jeopardizing its sleek looks by letting a young teen get behind the wheel wasn’t happening on her watch.

built to take it

Instead, I learned to drive behind the gigantic wheel of a 1948 Chevrolet four-door sedan. The color of an Army tank, it highly resembled a military vehicle with its blunt lines and no-nonsense massive proportions. I felt like a midget as I crawled behind the wheel for the first time as my dad slid into the passenger seat.

A serious problem presented immediately. I couldn’t see over the wheel. There was no way to adjust the height of the seat. So, Dad got an old guilder cushion from the garage and propped it under me.  Okay, now I could see out the windshield, but I could barely reach the accelerator.  Another cushion wedged behind me somewhat corrected that difficulty.  And we were off to the races.

Not literally, of course, because that first afternoon we never left the driveway. For hours, I simply practiced turning on the lights and windshield wipers, learning the correct signals for a right turn or a left turn, and learning to read the many gauges on the dashboard. The whole time my siblings formed a semi-circle around the hood of the car as though I was a circus act. After a long two hours, I thankfully ended the show, ran into our house, and flung myself across my bed in tears. I felt certain I’d never learn to drive such a complicated machine.

Bit by bit, however, I mastered the basics of driving although the other lessons weren’t burnt into my memory like that one. I do remember the struggle with shifting gears. Because he was a pretty smart guy, my dad had backed into the driveway so I could drive out. After all, backing out before I knew how to go forward would have been a formula for disaster.  At first, I couldn’t even get out of the driveway because coordinating the shifting of the gears with alternating my feet between pedals felt like juggling on a unicycle – impossible for someone with so little synergy. When I did make it out of the driveway, it took several days’ practice before I could drive around our sparsely- populated block without stalling.

The elation I felt when I finally achieved it was short lived.  Now, pointed out, I needed to learn how to change gears going up and down hills.  Is there anything scarier than feeling the car you are driving start to roll inexorably backwards because you can’t get it into gear?  At almost sixteen, I didn’t think so.  Fortunately, my father knew a lot of the less-trafficked hills in the area.

After the longest six months of my life came my sixteenth birthday.  I had already completely memorized the state driving manual.  Dad felt he’d taught me all he could. It was time for the test.  Despite a wildly beating heart and sweating hands, I passed! When we returned home and I held up my license for all to behold, my brother John gave a wild cheer and the little kids clapped. My dad collapsed into an easy chair and Mom brought him a ginger ale.

The next morning, Mom suggested I drive John to church with me because she wanted to go to a later Mass.  I almost didn’t understand her, but my brother did.  He grabbed the keys off the mantle where my Dad had flung them the night before, “Let’s go before she changes her mind,” he called. We were late for service because I couldn’t quite get myself to go over thirty miles an hour even on the rural roads, but we got there in one piece. Thus, when we headed home, I was feeling pretty confident that I’d turned a new corner in my life. We rode past Ball State College on our way to home.  My eyes were on the road straight ahead as I maneuvered between the cars parked at the curb and the oncoming traffic.

I felt and heard the sickening crunch at the same time. I had sideswiped a parked car. My brother let out a string of words I didn’t realize that a fourteen year old knew. We both jumped, leaving our doors wide open. Horns started to blare. John slammed his door.  I jumped back in and tried to pull forward. More loud crunching of steel on steel. I stopped. Leaving the keys in the ignition, I turned off the engine and slid out once more, closing the door behind me as I sidled along the driver’s side of the Chevy.

John stood gaping at a long-slung, gleaming white and pink auto with huge tail fins. The lines of burnished chrome that minutes before had detailed its classy styling, were now scrunched, torn and tattered in front of my car’s front wheel bumper.

My head whirled, my mind blanked, for a moment the world was silent. Then suddenly a string of profanity erupted behind me. The college student, into whose car I had plowed, had been dragged from his bed by friends to come survey the wreckage.

I shrank back against the protection of our Chevy and started sobbing. A police siren cut through the shouts of the college student and his friends as a cruiser pulled alongside us. An older uniformed officer jumped out. When he saw the big guy towering over me and shaking his fist, the policeman strode over grabbed the college guy by his shoulder and pulled him away from me. He patted my shoulder, “It’s okay. Calm down. We’ll figure this out.”

“So, what happened?” He addressed the crowd at large.

My brother, never at a loss for words, piped right up and gave his version. “My sister was driving very slowly and carefully, but this is a pretty narrow street and there was a lot of traffic coming at her and just a little bit of room between them and the parked cars. I guess she misjudged it a little bit. It’s her first time driving by herself.”

The officer surveyed the scene and scowled. Then he took out his ticket book 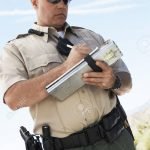 and scribbled furiously, tore off the ticket and shoved it at the irate college student.

“You students have been told time again to park in the school parking lots. This street is a no parking after 6 p.m. Looks like you got what was coming to you for flaunting the law.” He turned to me. “I’ll get in and maneuver your car so we can get it unhooked and you can be on your way.

Once he’d freed the Chevy, we could see it had a couple of scratches, nothing more. The Impala was a disaster. “I’m going to drive you and your brother home,” he told me. “My partner will pick me up after I get things straight with your folks. These college frat boys come to town with money and fancy cars and think they own the place.  Maybe this will make them think twice.”

I had just been introduced to the town-and-gown rivalry that goes back to the middle ages. Town and gown rivalries have existed ever since formal institutions of higher education were formed, and they continue to be a very serious issue in some communities.

My first encounter with the phenomenon left me somewhat bewildered, but mostly relieved. It didn’t hurt at all to have an officer of the law assuring my parents that the accident was totally the fault of “those irresponsible frat boys.”

“Academia is the death of cinema. It is the very opposite of passion. Film is not the art of scholars, but of illiterates.”
― Werner Herzog

I would love to hear about your first forays into driving.

3 Replies to “In the Driver’s Seat”