From one generation to the next

Almost from our first meeting, my husband Jay and I recognized each other as steadfast, loyal people who held deep affection for family members and friends.  We both enjoyed sharing stories with one another about our families. We could not help but admire the authentic fondness we each felt toward our parents, our siblings, and the many members of our extended families. One of our favorite ways to spend time then and now is to reminiscence about our grandparents.

Our grandparents had helped to mold the persons we had become. We treasured them individually. Yet, we didn’t realize how fortunate we were that between us, we had six living grandparents, all of whom attended our wedding. They had just always been there for us. So, it seemed perfectly natural that they should share this important moment.  I regret that neither we nor anyone else took a photo of all six of them together that day.  We do, however, love the various shots of all of them joyfully celebrating the marriage of their oldest grandchildren.

a legacy of great worth

Now, a grandmother myself, I fondly reflect upon the hours and days I spent with my grandparents as I grew up. I realize now that our grandparents’ lives taught Jay and me the very traits that drew us together – steadfast loyalty and devoted affection. When Jay and I lost our grandparents to death, they left no monetary inheritance, but the legacy they left us was far richer than any financial gain. They left their stamp on our character.

The deep affection we received from our grandparents, we quite naturally pass along to our grandchildren.  Through sharing their stories in my writing, I also hope to leave a legacy not only for our grandchildren but also for their children. I want them to know how greatly they were loved even before they existed.

leaving an old world for a new one

In planning my blog post for the next year, I chose as a theme, “Leave a Legacy.” I begin today with one of my favorite memories of my Grandmother Wilhelmina DeJager. I know only the vaguest outlines of my Grandma Minnie’s life before she became my grandmother. What I do know is fascinating enough to make me wish I could uncover more. As a teenager, she migrated from The Netherlands with her parents and siblings to Alberta, Canada, in the early 20th century. They left behind city life in Amsterdam to settle on a cattle ranch.  It sounds so much like the “Little House on the Prairie” stories that fairly breaks my heart that the story of those days is nowhere recorded.

Minnie met my grandfather, Ted, also a Dutch immigrant, when he was working on building the trans-Canadian railroad. They fell so deeply in love that when Ted migrated to the Detroit, Michigan, and wrote to ask her to come and marry him, she did. Imagine trusting love that much!

Only twenty years old when she gave birth to my father John, Minnie had every skill needed to be an accomplished homemaker and mother. She could sew clothes for her whole family. The braided rugs for the floors, the curtains on the windows, and all the bed linens were also her creations.

Grandma planted a garden. At the beginning of every winter, she canned fruits and vegetables to last until spring. When I was a child, she canned enough for our family as well. And, of course, she cooked. I loved sitting in her kitchen and dreamed of having one that would look just like it someday because the white cabinets with red trim entranced me and the smells of stews and roasts made my mouth water. 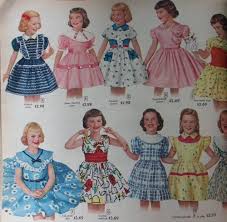 Above and beyond all else, Grandma Minnie loved me unconditionally. She had only had sons and thrilled to the fact that her first grandchild was a girl.  She’d been waiting twenty-five years to make like girl clothes! The lovely thing was since she was a grandmother, there was no subtle rule that kept her from making me her favorite. Those restrictions apply to parents, but grandparents needn’t abide by them. Thus, many times during the year I had the chance to skip out on my role of “mother’s helper” in my family of five siblings and become the “one and only” pet child of my grandmother.

These opportunities would usually begin following Sunday dinner at my grandparents’ home. Instead of going home with my parents, brothers and sisters, I would stay at Grandma’s house until the next Sunday. Those weeks were truly magical. My grandmother never gave me chores to do. Although she kept busy all day long with gardening, cooking and sewing, I was free to either tag along and chat or I could entertain myself however I chose.  Both alternatives were heavenly.

I loved watching her feet pumping the wheel on the sewing machine and marveled at the garments that arose from under the needles. My imagination took me back in time when she covered my head with a sunbonnet and gave me a basket to hold strawberries from the garden.  She didn’t mind at all if I became bored and dug for worms instead. If she was canning, I stood on a kitchen chair right at the stove – something my mother never allowed.

My grandfather had an enormous workshop in their garage.  Despite working all day as a ship builder, he still loved crafting with his tools once he was home. For me, he created a dollhouse with four rooms of furniture. He also built a child-size hutch to house my doll dishes and doll clothes.  I had a full wardrobe of clothes for my two favorite dolls because every time my grandmother made an outfit for me, she would make identical ones for my dolls.  Grandpa also crafted a dolls’ bunk bed for them for which my grandmother made mattresses, pillows, sheets, blankets, and quilts.

Often, I would wander away from my grandmother’s activity to curl up on her cushy sofa to read a book.  Sometimes, I’d turn her whole living room into a stage for my paper dolls. At home, my play was relegated to a basement playroom.  Children were not allowed in the living room. Most weekdays, at five-thirty, I’d walk to the end of their block to wait for the city bus that brought my grandfather home from work. Neither of my grandparents drove a car. Then, as we headed home, he’d tell me stories about the ships he was building. How I wish I could have written those stories down! At home, he strode into the kitchen and encircled Grandma’s waist and kissed the back of her neck.  She always said, “Oh, go on with you, Ted. Mind the child.” He would turn to me and wink.

On Sunday morning, although my grandmother was a staunch Presbyterian, she would walk me to St. Peter’s Catholic church several blocks away to attend Mass. My father had converted to Catholicism when he married my mother.  A stipulation of allowing my grandmother to have me at her home was that she promised to take me to Mass on Sunday.  My grandfather would pick me up when services were over. As a child, I often sought solitude and actually loved being able to attend church all on my own.

being loved for being you

I have no memories of anxiously awaiting my family at dinner time.  Mostly I felt sad that I was leaving my grandmother.  These visits stretched out from the time I was five until I was thirteen. Even when I was little, I suffered pangs of guilt at being so happy to be away from home and felt bad that I got my grandparents all to myself so often.  But the joy I experienced in my grandmother’s home more than compensated for any remorse I felt over my lack of homesickness.

Not for one moment of my childhood did I doubt that I was the light of my grandmother’s life. As sure I was of this truth, I realized that she loved my siblings and my cousins very deeply as well.  It didn’t diminish our relationship in the least.  At home my parents tried to be even-handed in their treatment of five very different children. I didn’t feel cherished as “Jule,” someone unique. My parents, I felt, most valued me as the oldest, the one who could help. 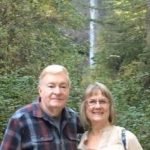 My grandmother’s unconditional love had no strings attached. I did not have to earn it. Experiencing such love taught be to be openly affectionate without fear. This is a trait my husband recognized early and treasures still.

“Grandparents hold our tiny hands for just a little while, but our hearts forever.”