Complementarity in marriage, the idea that the spouses bring unique gifts to the union, which work to create a cohesive whole, has often signified specific, rigid gender roles. Our complementary experience, has been, however, much more dynamic and distinctive.

Pope Francis expressed our lived truth well when he addressed the Humanum Conference in November, 2017. He told the gathering, “Complementarity will take many forms as each man and woman brings his or her distinctive contributions to their marriage and to the formation of their children —his or her personal richness, personal charisma.” https://www.foryourmarriage.org/blogs/complementarity-is-at-the-root-of-marriage/

Drawing on Our Distinct Gifts

The need for Jay and I to call on our distinct gifts in our roles as parents, while active from the moment our oldest child Kristin drew her first breath, became increasingly apparent as we sought the best possible classroom setting for her education.

At her birth, we welcomed Kristy into our life and our hearts with great joy and

with every intention of giving her everything she would need to grow into a happy, healthy adult. Because we were distinct persons, our ways of fulfilling those needs would be different in some ways. Yet, the intensity of the devotion was evenly shared.

Caring for Kristy was easy in many ways.  She was a loving, affectionate child with a happy nature. Easy to please herself, she also tried to please others. But her natural inclinations were undercut by an insidious disorder, the nature of which we would not fully comprehend until she was in her twenties. This disorder, neurodegenerative encephalopathy, https://www.neurodegenerationresearch.eu/what/first presented relatively mildly in the form of myoclonic seizures.  Many small children have fever convulsions. I had had them myself when younger. So, at first, we were not overly concerned. Except for the occasional epileptic seizure, Kristy’s physical and intellectual development followed a typical pattern.

By the time Kristy was ready for kindergarten in 1974, however, it was clear her ways of learning didn’t fit well with the normal classroom pattern. She needed a learning environment more freely structured to encourage her to learn according to her strengths while giving more intense concentration to skills with which she struggled. Imperative also were teachers prepared to cope with her seizures, which occurred without warning. We were totally unprepared for what a difficult task this would be.

Seeking the needle in the haystack

Mandating and acting are, of course, not the same reality. State legislatures

and public-school systems struggled to find or sadly to avoid implementing this law during the years that our daughter’s needs became increasingly complex. No school in our immediate Lincoln Park neighborhood offered any special education classes. In the 1970s the Chicago public schools had no system in place to aid parents in finding the appropriate classroom setting for their child with special needs. Jay and I would have to do this for ourselves.https://julewardwrites.com/committed-relationships/marriage/new-year-new-beginnings

The unique gifts that Jay and I brought to our committed partnership came very much to play in the ensuing search. Jay’s talents and training as an attorney would be called into play over and over. The law included an elaborate system of legal checks and balances to assure that the funds for special education were properly allocated. Were a child denied the appropriate education, a due process of law gave the family a way to pursue their child’s established rights. The parents could take the school system to court to demand the proper placement.

While Jay could fight in the courts for Kristy, we had to first find the right place for her. For this task, my professional experience working to supervise the placement of children in foster care proved invaluable.  I became my own caseworker, dusting off my old skills and bringing them to bear on our present situation, making dozens of phone calls, reading reams of records, and making field trips to visit schools and interview teachers. The vast difference was I was driven by a desperation I’d never felt as a social worker. And my mistakes were all the more heartbreaking.

Before Kristy turned ten, she had attended special education classes in four different public schools. None of the placements had worked out.  She was losing rather than gaining ground. (We would later learn that, for the most part, these loses were causes by the disease itself, but we didn’t know this at the time.) In 1979, I discovered a Catholic school for girls with developmental disabilities, St. Mary’s of Providence. This school had multiple classrooms, each very uniquely structured, none with more than eight students. One of these seemed to be ideally suited to Kristy.  https://www.smopchicago.org/index.php?page=about-st-mary-of-providence

But we had to go to court to have the funds for Kristy’s state-mandated education applied to a private school. As Jay prepared for our day in court, he

read every word of the law, talked to experts in the field, and scoured records of past cases. He wrote and rewrote his brief over and over until he felt he “made his case.”

our day in court

On the day of hearing, Jay and I all filed into the cavernous room lined with wooden-benches. Each of held one of Kristy’s small hands in our own. How, I wondered, had it come to this? Fear and anger warred within me, but I kept my expression placid and ushered Kristy onto a bench at the front of the courtroom. When our case was called, I listened with pride to Jay’s calmly argued, yet impassioned, plea. He basically told a story, something he was very good at.  He even managed to bring a smile to the judge’s lips.

Kristy sat silently at my side, coloring a picture of a small pony, giving it a pink tail and mane. I kept my eyes on the judge’s face, watching his expression, trying to discern how his decision would go. When Jay finished, the judge looked over at me, “I need to speak with Kristy,” he said.

I bent over her shoulder, “Let’s put the book down, Honey.” Compliant as usual, Kristy followed me to stand with Jay in front of the bench.  But the judge couldn’t see her so he came down around the clerk. “Can you tell me your name?” he asked.

“Kristy Ward,” the slur caused by medication apparent in her speech.

“And who are these people?” he continued. 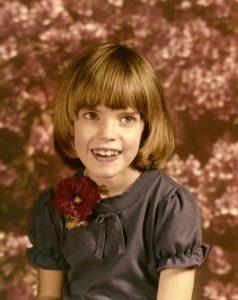 “My mommy and my daddy,” she beamed.

Her eyes got big. She looked at me and then at Jay.  I wasn’t sure if she didn’t understand the question or why she was being queried, but instead of answering, she burrowed her head against my side and didn’t answer.

The judge nodded slowly. He went back up on the bench. “Your petition for special funding is granted,” he intoned and then he smiled.

What a relief and how grateful we were that this was a time our different talents, our unique gifts had dovetailed so well to form a cohesive whole. Kristy blossomed at St. Mary’s. Until she was eighteen, it provided the best possible educational environment for her. It didn’t solve all her problems, but it provided loving, knowledgeable people with whom we could share her care.  It gave us a village.

“To reflect upon ‘complementarity’ is nothing less than to ponder the dynamic harmonies at the heart of all Creation.” Pope Francis I


Please share a time when being complementary to one another was a bonus for your committed relationship. 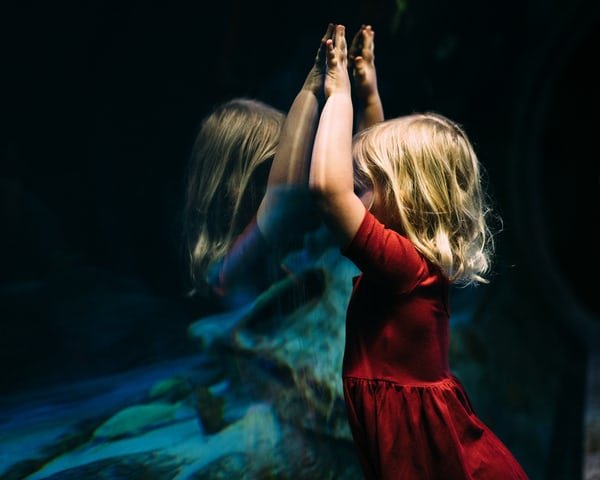