All sorts of scientific and not-so-scientific studies point out that September is “baby” month in the United States of America. According to the statistics-loving journalist, Matt Stiles, nine out of ten of the most popular birthdates are in September.

And mine is one of those. Today I “celebrate” my 77th birthday.  In other words, I have completed seventy-seven years (outside my mother’s womb) on planet Earth. I really like the look and sound of 77. Culturally speaking, 7 is considered by many to be a lucky number.  That makes double 7s twice as lucky.  Thus, I find myself pondering what good fortune might be coming my way this year.

For the coming year, I’ve chosen Love Lessons Learned: The First Five Years as the theme for my blog posts. Within that focus double sevens resonate with double twos. When I turned twenty-two in 1964, a melancholy swept over me, a feeling totally discordant with my perceived life situation.

A beautiful pear-shaped diamond sparkled on my left ring finger.  Jay and I daily explored potential sites for a wedding reception. I found the perfect bridal gown on sale for $50 in Michigan Avenue’s Blum Vogue. Elegant invitations flew to the four corners of the country asking family and friends to join our celebration.

About to take off on love’s great adventure, my 22nd birthday should have found me bursting with joy. Instead, I couldn’t shake the feeling that all the important milestones of my life were over. That is how seriously we take birthdays in our culture.  A day that shows up once a year every year, looking for the most part like any other day,  becomes for us as important as a holiday. And up until that year, I could always look forward to certain birthdays that would mark a significant turning point in my life.

It started when I counted down the days to my fifth birthday, the day I ould go to Kindergarten. Sure, my mom had to walk me there, but just the same, I was going to school with the “big” kids.  I might have been among the youngest of that cohort, but I was decisively not a “baby” anymore!

Five years later came the big One-Zero.  It was so exciting to be a double-digit kid.  That novelty would definitely wear off, but right then it was a big deal.  Because it was such a very special birthday, my grandmother and my mother gave a tea party for ten of my friends, a highly unusual event in our working-class Detroit neighborhood.  Mom set up the living room with card tables and fancy linens.  Grandma Luger, who worked in a gift shop, brought home ten demi-tasse cups in a variety of pastels to grace the tables. Mom bought delicately decorated little cakes from Kaufman’s, the German bakery on Wyoming Avenue.  At the end of this enchanting afternoon, each young guest went home with a teacup of her own.

Sixteen! Who doesn’t yearn for 16? I could hardly wait.  By that time, we were living in suburban Indiana. Getting a license to drive our family car overpowered every other wish in my life.  I don’t remember the party at all.  I just recall the sheer joy of getting behind the enormous wheel of our 1948 tank of a Chevrolet, sliding forward to control the pedals and backing out of our driveway and taking off, ostensibly into the neighborhood, but in reality into the world on my own.

Just before the melancholy twenty-second had been the glorious twenty-first when I gained the twin responsibilities of voting and legal drinking.

John Kenneday had run for president the year I turned eighteen. It frustrated me that I couldn’t vote for him. Now on September 8, 1963, I resolved to cast my vote for him for his next term, never having the slightest premonition that we would soon lose our dynamic young leader.

A year later turning 22 felt like a non-event.  Although I would be married that year, being twenty-two years old was not a factor in that choice.  I could have married the year before or not for another five years if a life partner had come into my life at a different time.  In a year I’d be 23 and my life would be pretty much unchanged –no new “firsts.”

To my twenty-something brain, life had hit a plateau, one long cycle of “being grown-up.” It sounded like a broken gong, ringing with a dull thud.

At seventy-seven I can look back and laugh at that girl, but I do still understand her.  She couldn’t know what I know – how many adventures lay ahead and how they had nothing to do with birthdays.  But, that was okay. I’m glad I didn’t know the future then. It would be filled with challenges I might have felt inadequate to handle. Fear and anxiety could wait as could joy and triumph. Just as I acknowledge it was a gift that the twenty-two-year-old Jule couldn’t foresee the future,  I sense that truth remains in place.  I’ll know more later.  And that’s as it should be. 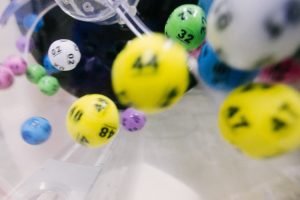 Photo by Dylan NolteI’m content to wait and see what fortune has in store for me this lucky 77th year.

The great thing about getting older is that you don’t lose all the other ages you’ve been.       Madeleine L’Engle