In the delightful novel, The Weird Sisters, three women in their early thirties land back at their parents’ home for a summer. The twists of fate converge to bring them together when each is facing a life-changing crisis. The author Eleanor Brown transforms these ordinary moments of everyday life into a narrative so engrossing that it’s almost impossible to put down. She does this in no small measure through her vivid portrayal of each sister and of their complex relationship.

A dear friend recommended I read the book because I also am one of three sisters. She thought I might find similarity between my family and the one in the book.  On the surface, the family of this novel and my own family of origin have little in common. The heroines of the book grow up in a small mid-western town where life centers around a prestigious liberal arts college. Their father is a literature professor. My sisters and I grew up in large urban centers where manufacturing was the lifeblood of the community. Our father, as intelligent as he was, had no college degree. Popular mechanics were his passion.

Despite these differences, from the first page the story resonated with me at a deep level. What struck me right away was the influence of birth order not just on the sisters’ place within the family, but also on the choices they had made as they left the family. I could see a parallel structure in my own family.

In the past, some psychologists like Alfred Adler, a 19th- and early 20th-century Austrian psychotherapist and founder of individual psychology, suspect that birth order leads to differences in siblings. Broader twenty-first century studies have questioned this theory,   Other studies based on Myers/Briggs theory have confirmed it.

Psychology aside, however, this theory works well for writers as they develop their characters. As we read, we believe. When an author weaves a fine tale in which a character’s birth order influences importance aspects of the self, readers not only accept the reality on the page, they begin to look for similarities in their own life.

Like the oldest sister in The Weird Sisters, I always had an overdeveloped sense of responsibility to the family. I didn’t always like that role, but I knew my parents expected me to help my mother with household tasks, caring for my younger siblings, and running errand when needed.

caught in the middle

In the book, Bianca, the middle sister shrugs off the responsibilities of home and narrowness of small-town life.  She is the beauty of the family and she uses that beauty as a commodity. My middle sister was also the beauty of our family – a beauty with a prickly rose bush grown around her, keeping her separate from the rest of us – somehow living in another plain.

Her given name was Mary Antoinette. My mother never called her anything else. We siblings had trouble spilling that out all at once. At first, we called her “Marnette.” Later that phased in “Nanette,” the name we still use.  She herself insisted on being called “Mary.”  This was problematic because our youngest sister, the baby of the family, was Mary Elizabeth. Mom shorted that to Mary Beth, but then us older kids shortened it to simply “Beth,” which might have worked except that when she went to high school, she told all her new friends to simply call her “Mary.”

Consequently, if someone phoned our home and asked for “Mary,” we always had to ask, “Which one?” A little flustered, the caller would say “Mary De Jager,” to which we again answered “Which one?” My brothers and I were loud in our protests over the confusion that the two “Mary’s” were causing, but neither sister would give way.  Each hold her claim to “her” name.

In The Weird Sisters, each of the young women is certain that she is actually her father’s favorite.  No such mistaken notion occurred in my household. Nanette was far and away the “favored child.” Her delicate features, huge blue eyes, and very curly flaxen hair mesmerized adults. More than that, she very early learned to be what she herself termed “a lady.”  And I talking about when she was just a kindergartener. For one thing, she would only wear dresses or skirts never jeans or shorts. My mother complied and dressed her like a favorite doll. Mom also spent a great deal of time fashioning Nanette’s curls into perfect spirals with some of them piled charmingly on top of her head.

My maternal grandmother doted on this beautiful granddaughter.  Our family, as a rule, never ate in restaurants unless we were traveling, but my grandmother and “Grandpa Ed,” her second husband loved eating out. They often took Nanette with them because they enjoyed the admiration and attention that other diners showered on her and because my sister had learned at a very young age that “children should be seen and not heard.”

As we grew Nanette became ever more attractive. When we got to our teens, she spent most of the day at the neighbor pool. She was the only one in the family who could tan. Her skin turned the color of honey in the summer and her hair bleached to an even lighter shade of blonde.

When she turned seventeen, a metamorphosis took us all by surprise. The Barbie Doll caterpillar spun a cocoon and disappeared, becoming uncommunicative and unsocial.  Nanette went to school, watched the television news, and read for hours. When the butterfly emerged, she was a socially conscious advocate, determined to make a difference in a world she deemed was falling apart. After high school graduation, she joined a group of lay missionaries. Their work took them to schools in Appalachia. She returned at the end of the summer and enrolled at the University of Minnesota to study social work.

She had, however, one more turn as the family beauty.  During Nanette’s sophomore year, our mother became very ill. She expressed to her middle child that she had been harboring high hopes for years that Nanette might someday be Miss America. When Nanette tried to laugh it off, Mom begged her to consider trying.  Seeing Mom’s desperation, my sister applied for the Miss St. Paul pageant – and won. My mother was in seventh heaven.  The next step, getting ready for the Miss Minnesota pageant meant taking time off from studies, but Nanette didn’t know how to refuse. In that contest, she became one of ten finalists.

Then in an interview with the judges, each young woman was asked what she wanted to do with her life. Nanette laid out for them her plan to get a Master’s in Social Work and to then go to areas of the country that were under served to help those struggling with poverty and lack of supportive services.  One of the judges nodded. Then he said, “You have the talent to win this contest, but most of the girls either have no concrete plan for their life or want to go into show business.  Being Miss Minnesota would take a year out of your life.  You have a great vision. We don’t think you should waste a year of your life being a beauty queen. Go follow your dream.”

Nanette not only understood she was relived.  She had done her best. It wasn’t meant to be.  Our mom still had her photos to display with Nanette wearing the Miss St. Paul crown.  Her daughter had done her duty as the “favored child.”

Mary Antoinette followed her own yellow brick road and became a high school counselor, devoted to helping young teens find a way to transform their most authentic dreams into reality.

“And I felt closer to you. Because you knew me so much better than I’d realized – and still loved me.”
― Rosamund lupton, Sister 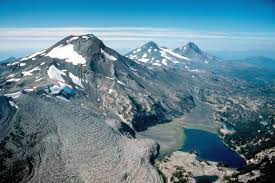