For better, for worse, but not for a pandemic

Love means being enough for one another – at least, some of the time. That is the most potent lesson, Jay and I are taking away from the pandemic. From the moment we first became a committed partnership, we have instinctively known that we could not fulfill each other’s every need for companionship. As a “sheltered-at-home” older couple, we have been thrust into a place where the principle won’t hold. 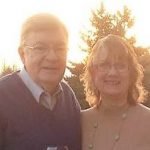 The Fourth of July celebration weekend that just passed really brought that home to us. The holiday found us in our own backyard, no fireworks, no BBQ, no gathered family and friends – just raising a glass to each other and toasting the freedom of being alive. The day contrasted sharply with every other Independence Day tribute I can remember. Some have been fairly laid back and others have been spectacularly festive. None has been as staid as this one.

lots of way to celebrate

Being quarantined has spurred me to write these past weeks about escape through travel.  In the past, whenever we remained at home in Chicago for July 4, it was a grand affair.  We joined Jay’s sailing buddies on the deck of the Columbia Yacht Club for the traditional feast and an upfront seat of the spectacular fireworks display the city set off at the end of Navy Pier. And behind us in Grant Park music by the Chicago Symphony Orchestra resounded across the harbor synchronizing John Phillips Sousa’s “Stars and Stripes Forever” with the grand finale of the fireworks.

Fairly often, however, we were traveling during the first week of July, which means we shared other people’s traditional festivities. In the summer of 1991, we left behind our whole way of life to explore another world.

During our childhood and into our college years, the Russian nation and the other Soviet Republics, were as remote to us as though they had been on another planet. They lay behind the “Iron

Curtain,” the frightful barrier between what we understood to be the “free world” and the world of Communist oppression.

Yet, Jay had fallen in love with Russian literature in college and studied Russian so that he might be able to read it in its original language.  Even so, he never believed he might have the opportunity to visit Russia itself. That is how forbidden it felt to us.  And then suddenly it seemed, the curtain fell. (The whole socio-political history behind the dissolution of the iron curtain is far beyond a mere blog. If you are curious about it, I would recommend  the clear, concise The Dissolution of the Soviet Union by Myra M. Immell (Editor) )https://www.goodreads.com/book/show/12199957-the-dissolution-of-the-soviet-union?from_search=true&from_srp=true&qid=x8yWVVPKDW&rank=5

for love of tolstoy

In January, 1991, I slugged through dirty snow in the face of freezing west winds and into the overly warm interior of De Paul University’s Schmidt Hall.  Being almost anywhere but in the middle of a dreary Chicago winter would have sounded appealing at that moment.  So, it’s not at all surprising that the notice on the bulletin board at the foot of the escalator stopped me in my tracks. “28 Days in Russia. Experience the Land of the Midnight Sun. See St. Petersburg. Moscow. Kiev. $2850.”

Here was my chance to gift Jay with the dream of a lifetime. At the bottom of the poster the name of the sponsoring professor and his phone extension were printed in bold black letters.  My hands were too full to write anything down. So, I just kept repeating the numbers to myself until I reached my fourth-floor office. I tossed my backpack and other paraphernalia on a chair, shrugged out of my coat and, still standing, punched his extension into my phone.

mystique of the unknown

Every detail of the journey Dr. Richard Farkas laid out for me was a further enticement. The trip began in St. Petersburg (which had only that year regained its ancient name) during the time of year when the sun never set. From there we’d fly to Moscow. After three days in Moscow, where we would witness the U.S.S.R.’s first democratic election, the group would fly to Kiev and

board a river boat for a cruise of the Dnieper River all the way to the Black Sea. Dr. Farkas’ excitement crackled across the line. I listened as a child does to a fairy tale, but this was a story I could actually enter into.

Our journey turned out to be even more magical than I could have imagined. Were I to include all the wondrous moments we experienced, this would turn into a travel blog – and that is not its purpose. Rather my focus is to examine the past in the light of the present to see what they teach me when they sit side by side.

a ukrainian fourth of july

Whenever our American Independence Day celebration rolls around, one particular day of that trip captures my imagination again with the vitality of a stage play.  I still see the colors, hear the sounds, and taste the foods of Fourth of July in the Ukraine.

Our travel companions, who all had some connection to De Paul University, were a motley and delightful crew, ranging from a school janitor to an Illinois Supreme Court judge. And we all loved partying as much as we loved traveling. Every night after a day’s excursion, we gathered to swap tales over vodka, which we had discovered was cheaper than water. When the Fourth of July was imminent, we wondered if we would have to skip the usual celebrations since we were 5,000 miles from “America.”  But Dick, as Professor Farkas had come to be called, had a much better plan. Our river boat was moored for three days in Kiev to allow us to see everything that lovely city had to offer. The final day was July 4.

On that day, the American Consulate in Kiev threw an Independence Day celebration to which we had all been invited.  The picnic took place along the banks of the Dnieper River. To all intents and purposes, it was a true old-fashioned American BBQ. Red-and-white checked table clothes covered long picnic tables. Blazing grills cooked hamburgers and sausages – although they tasted quite different than anything we’d had at home. Cold beers stuck out from deep stashes of ice in giant buckets. And, of course, there was a small bar where a guy in jeans (not easily come by in Russia in those days) was willing to concoct any beverage you could suggest. A small band played patriotic favorites.  Plus, we received red, white and blue baseball caps, embroidered with July 4, 1991, Kiev.

they were beautiful dreams

The counsel gave a touching speech about the growing accord between the United States and the U.S.S.R. and waxed eloquently about the growing freedom for the Russian peoples.  I wish I could remember what he said because my throat constricts when I remember what high hopes, we had for the future of democracy at the beginning of the 1990s.  Yet, as I write this their president has just acquired the right to preside until 2036, and my own country’s president wields his powers like a despot rather than the people’s representative.

At that time, I was not alone in my optimism. As we partied along the banks of the river, the people of Kiev sat along the hillside on either side.  Some groups of families had picnics with them.  Others simply viewed the American celebration as though it were a spectacle put on to entertain them.  Maybe it was to some extent.  In less than two months, on August 24, 1991, the Ukraine would declare her freedom from the U.S.S.R., an act that would encourage several other former Soviet Republics to revolt as well.

Was all that optimism misplaced? What the world has since witnessed is not a resounding evolution of democracy across the globe. Certainly not. Things are considerably messier than that. Scary much of the time.  Encouraging every once in a while. Still, I smile as I recall that wonderful day almost thirty years ago.  This year I feast on memories rather than barbecue.

What Fourth of July celebrations do you remember with special fondness?

”It is necessary to fully revive in the party the atmosphere of principled attitude, openness, discussion, criticism and self-criticism, conscious discipline, party comradeship and unconditional personal responsibility and business-like approach.” Mikhail Gorbahev, June 18, 1988

2 Replies to “To Ukraine with Love”