Love on the Horizon

September 8, 1955 arrived with little fanfare. Sure, now I was officially a “teenager.” Yet, nothing changed.  Dwight Eisenhower was the president and from my uninformed perspective seemed to be presiding over a country of peace and substance.

My parents’ and my grandparents’ stories of the Great Depression, tales told of deprivation, jobs loss, homelessness, and a constant struggle to attain even the basic necessities were the morality plays of my youth. That those experiences prefaced the sacrifices and tragedies of six years of global warfare meant that the children of my era listened to multiple lectures on the good fortune of full lunch boxes and home tables steaming with abundant food. So, we kept our dislike of vegetables to ourselves and cleaned our plates.

Parents reminded us daily how lucky we were to have a roof over our head and a family car to take on actual vacations.  No complaining allowed when crowded into the backseat with no air-conditioning and several siblings.

Wearing actual store-bought clothing was also high on the list of blessings for which we had to be grateful – and that was actually a rare opportunity. Big families made hand-me-downs pretty common.  I gloated in being the “biggest” – oldest of all the cousins in the family – there was no one to hand down to me.

The one glitch in these secure lives were the regular school drills in which we practiced crouching beneath our desks in case of an enemy bombing. Our true sense of security came, however, from living in Detroit, Michigan. We felt far away from the range of Russian bombers. If anything, we worried more about invasions from Mars.

But I was about to experience three turning points much more unsettling than mere Martian landings.

First, my acne began to clear up, to gradually fade away without leaving any scars. Not only did my skin clear up, but I slimmed down.  I didn’t actually lose any weight, but I grew several inches without gaining a single pound.

Following this physical transformation came a social one. I was elected President of Mary’s Sodality, a school organization to which all the girls from grades five through eight belonged. We met regularly to say the Rosary and dedicate our lives to the service of Mary, the mother of Jesus.  There had been no campaign for the presidency of the group. It was strictly a write-in vote. I had no idea that so many girls in school even knew me, let alone thought of me as a model of the good Catholic girl.

With the presidency came a very special privilege. I would crown the statue of Mary with roses at the end of the May, the month dedicated to the Virgin.  For that occasion, my mother tailored her wedding dress so that it fit me. Feeling gloriously beautiful as I marched solemnly down the aisle behind a double row of choir boys, I glowed with anticipation. At the foot of the ladder, I faltered, but swallowed hard, tentatively put one foot on a step and tripped into the veiling covering the ladder. Altar boys grabbed me from either side. I put my shoulders back, pulled up the wedding dress’s long skirt and cautiously made my way to the top. Balancing myself against the cold marble statue with my left hand, I practically threw the flower crown at Mary’s head with my right. Done. I literally slid back down.

The third major event of that year set my whole life on a different course. My father asked all the kids to remain at the dinner table after dessert one night in April. This was unprecedented since ordinarily I would have been expected to immediately start clearing plates and doing the dishes. Dad announced that we were going to be moving.  In June as soon as I graduated from the eighth grade, he was accepting a job in Indiana.

The idea of leaving Detroit and starting life in a new state elated me. I had tried that year to enter the Adrian Dominican Postulancy, thinking I wanted to become a religious sister.  Deemed not ready for this decision by the nuns and broken-hearted by the rejection, I saw my dreams wash away and leave an empty shore.

Indiana sounded somehow adventurous, a clean break. Almost everyone in my Detroit neighborhood was Catholic, I’d be moving to a small city with only one Catholic church and no Catholic high school.  I would attend, instead, a public school for the first time.

It has been most gratifying that many friends and family members asked me, “Why aren’t you blogging anymore? I really liked your stories.”

So, I happily announce that I never intended to disappear from cyberspace for quite such a prolonged period of time.  I simply wanted to hone up on my creative technical skills to bring you a livelier experience. 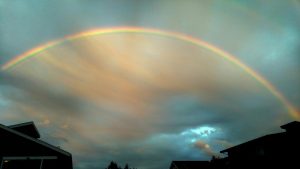 And … the learning curve has arced much higher and farther than I expected.

The good news is I’ve developed some new exciting goals and renamed my new website with the intention of offering a more “hybrid” experience to my faithful readers.  I’ll continue to blog about “Love’s Life Lessons,” but will also be offering permanent links to my other creative writing efforts.

The new site will offer links to short stories, chapters of novels I’m working on, and short-short relationship guides.

The most significant new focus of the site will be building community among the readers through online group programs and live interactive discussions about love and committed relationships of all kinds.

So stay tuned, the best is yet to come.