An Interview with Timothy Miller

Tim Miller, author of The Strange Case of Eliza Doolittle, writes so he doesn’t have to grow up.  I am convinced that one of the reasons that James Barry’s Peter Pan is an enduring hero is that no one really wants to grow up. We all have our little ways of hanging on to the delicious state of being children. For instance, I have a favorite pillow with which I’ve traveled the world.  I can’t sleep without it.  If I (horror of horrors) forget it, I pay good money to get it back from wherever it wandered off to.

Timothy, however, goes way beyond a favorite pillow. As a child, he found the world a wondrous place.  He gazed at all the marvelous things that big people did with their time and pondered what he might do when he grew up. He could be an actor, an artist, or a director of films. But what he really hoped to be was a superhero.  That dream came true when he discovered that his mutant super power — he could lie really well!

The bigger the lie he told, the more easily someone else believed it. It was just an easy slippery slope from telling lies to making up stories. Telling these “stories” was great fun, but when at six years old he learned to print, he began to move the tales out of his head and onto paper. Thus, as he began elementary school, he began his career as a writer.

He found it was a way to hold onto a favorite childhood pastime – playing with his stuffed animals. This menagerie had been the actors in the plays Tim wrote. He wrote the scripts, often only in his head as elaborate daydreams, assigned characters to each toy animal, and then directed them in their roles. With them as companions, Timothy entered a world every bit as fantastic as Never-never  Land itself. But the teasing of five older siblings pressured him into giving up the “baby” toys.  It could not, however, end the daydreams. His imagination continued to work on overdrive as he captured more and more narratives on paper.

i will never grow up

To all outward appearances, Timothy grew up.  He finished school, took on various jobs, and lived an independent life.  His real world, however, opened when he returned home to his typewriter or later his computer.  Sitting there, he became the child Timothy again, making up stories. He became one of the Lost Boys.

While Timothy’s lively imagination is his greatest gift, it also can place obstacles in his path as a published writer.

Tim’s brain races. Images fly through his head. He has to remember to slow down as he writes because his reader doesn’t yet know what he knows.  He has to fill in the spaces – just enough, maybe just a hint. He doesn’t want to give away too much. Writing, he finds, is a balancing act. 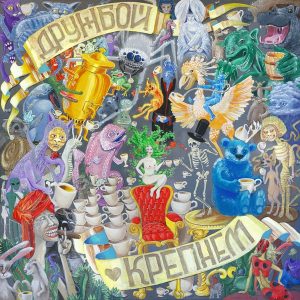 It is also a struggle against boredom. Sometimes a story will bog down. Timothy finds he’d like to veer off.  At that point, he figures the reader must be bored as well. For both their sakes, he throws in a Molotov cocktail, knocking things off balance again.

Taking a new approach with each writing project, Timothy believes, keeps his writing lively. He doesn’t want to stay dependent on what he learned from the last thing he wrote as he begins a new piece. Good writing remains continually original, a childlike imagination knows no bounds.

Despite keeping the freshness of a child’s perspective, Timothy has a very adult work ethic. Right now, he has his first book newly published, his second book with his editor, and under contract, he’s working on a third book. He’s experiencing for the first time what it’s like to be involved in all aspects of publishing.

He finds it just a bit daunting but certainly never boring. He’s learning to step nimbly because the publishing business is changing so rapidly that no one really knows where it’s headed. He thinks we might see either a consolidation in one or two giant corporations or an evolution into the complete anarchy of self-publishing. “A writer,” Timothy warns, “has to be  ready to jump.”

So where is this boy ready to jump? Tim hopes to have the freedom to switch between genres and mix genres while still retaining his readership. He wants to avoid falling into what he call the Blue Dog trap—where you happen upon a money-making idea and then you’re shackled to that idea the rest of your life. “Why,” he asks, “did you become an artist if not to recreate yourself every time you turn around?” But he recognizes audiences are very resistant to change. That reality is like a reoccurring dream. It’s a problem that has to be worked on.

When it comes to writing, however, he likens his mind to a popcorn machine. “I can take a scenario and play a thousand different variations on that. It’s hell for solving real-life problems, but it works pretty well for fiction.”

If you’re not running out to buy Timothy’s book already, this short intro should do the trick:

London is in flux. The clop of the hansom cab has given way to the madness of the motorcar. And Sherlock Holmes, safe in the bee-loud glades of the Sussex downs, is lured back to London when a problem is posed to him by Dr. Watson and Watson’s friend, Col. Higgins. Is the transformation of Eliza Doolittle from girl of the streets to duchess more than it seems?

The Strange Case of Eliza Doolittle is available from Seventh Street Books at https://www.seventhstreetbooks.com/